See upcoming and past gigs . . .
Stagfest

We'll be playing plenty of new material at this amazing gig on Friday, downstairs at The Mothers Ruin about 8PM. It's free entry! Yes, no money required! What a concept. 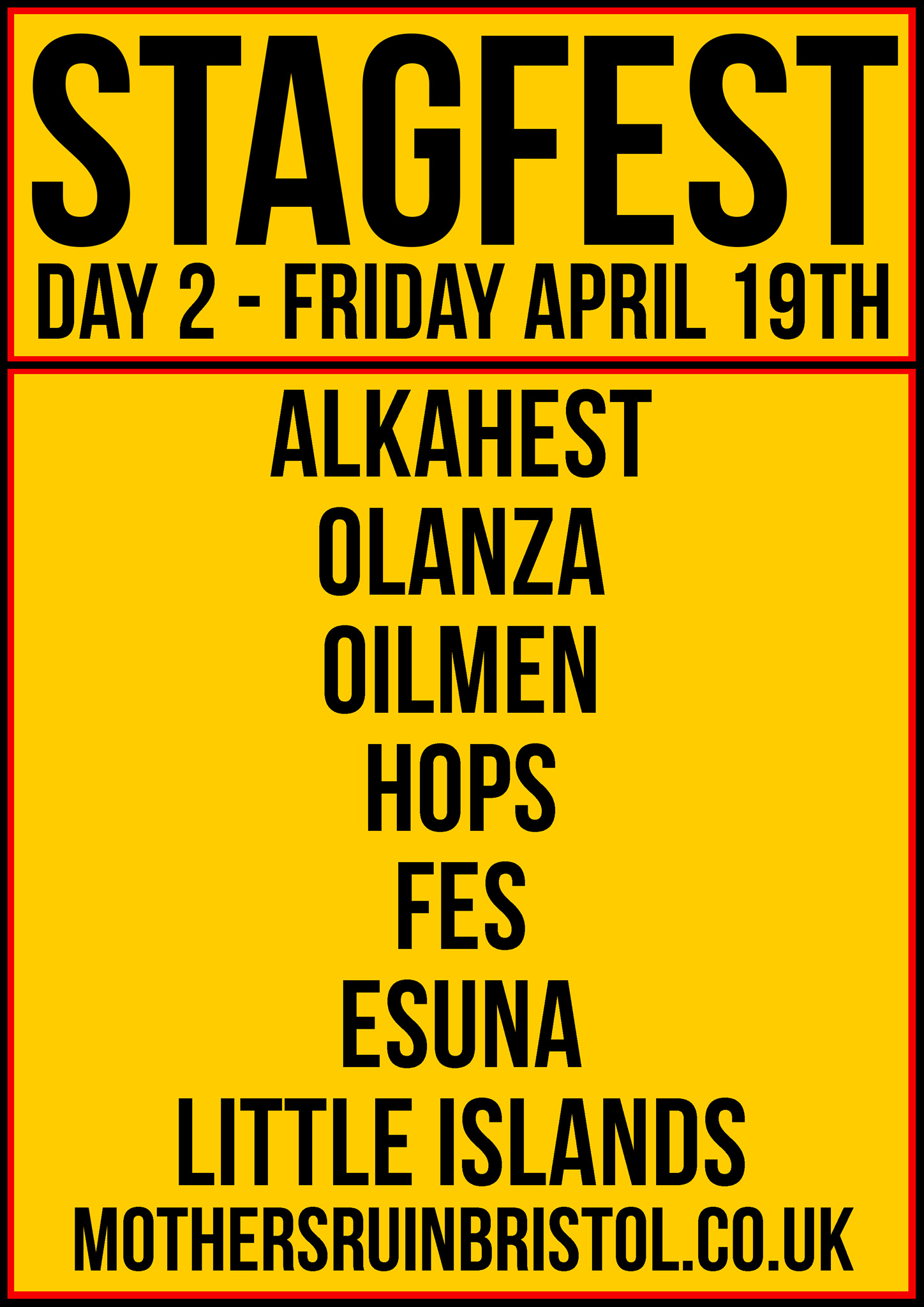 We've just about recovered from last weekend. Thanks to everyone who came out to our last gig at Gwdihŵ Café Bar. Having a crowd singing even just a chant from one of our (mostly instrumental) songs was very special for us.

As we've said, Gwdihw has been an important place for us as a band. We played our second gig there almost 5 years ago and played another 15 gigs there over the following few years. So many incredible bands have played there. It's such an important venue that will be remembered forever. RIP.

In terms of the future, we've been working on some stuff with Bywyd Studio and are eager to get it out ASAP. Thanks for sticking around. 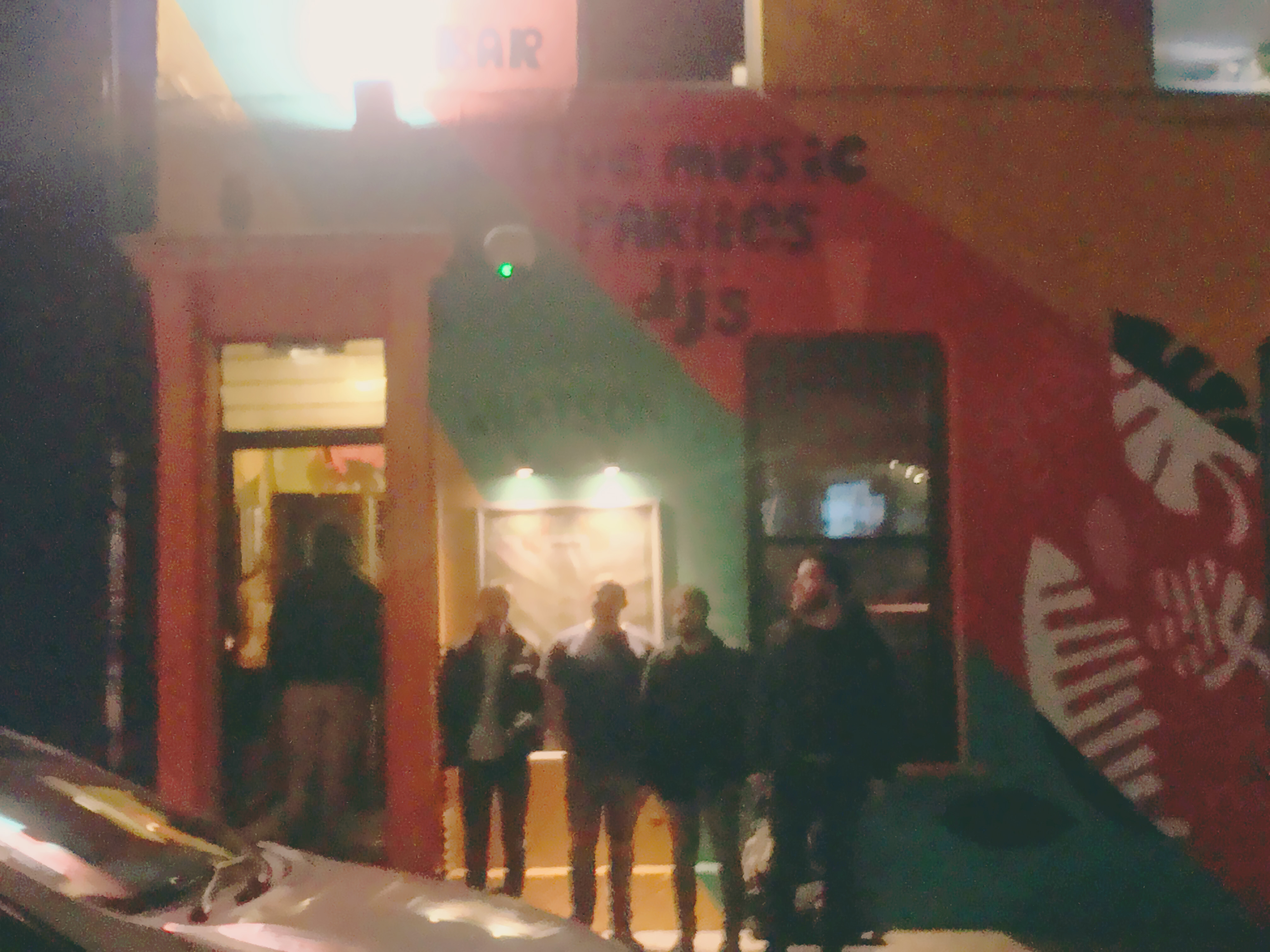 This will be a sad gig. Gwdihw has been a second home to us and we're really honoured to be asked to play with loads of incredible local bands. Please come out to this all-dayer and donate what you can to help Gwdihw find a new home.

It's gonna be a sick day. 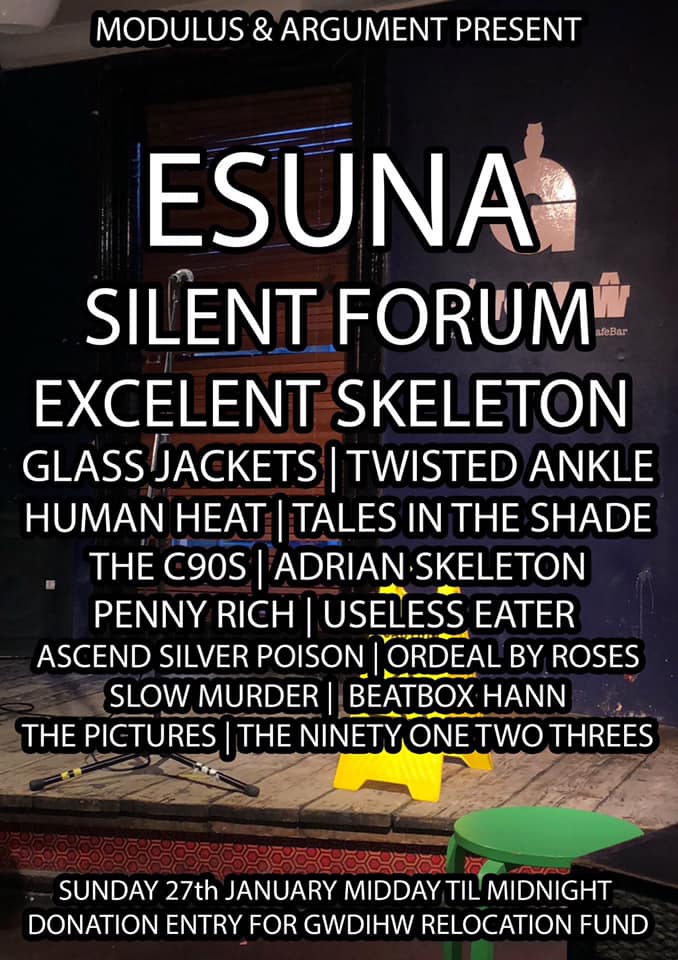 A side project of our guitarist Alex released earlier this month. For fans of harsh noise/power electronics/general weirdness. Many thanks to Kairi Shikari from Cold Land Records!

Ok, ok. We finally made an Instagram - @esunaband. Thanks to Gwdihw and Yama Warashi for a great night celebrating #10YearsOfGwdihw. Lots of exciting new things to come in the new year.

Hello friends. We have been slightly quiet recently whilst we tickle up new tunes and riffs in preparation for bigger things next year, alongside indulging in Bloc Party shows and boating adventures in Berlin. That said, we'll be taking to the stage, most likely for the last time this year, to open up the musical proceedings on the 21st of November with Yama Warashi as part of Gwdihw's 10 Year birthday! See you there yeah?

I remember seeing Cleft for the first time at the first Juxtaposed Microfest. We had just nervously opened the show and then went to check Cleft out, who just left us in absolute awe. We later asked Dan to master our single and last EP and we think he did a great job. An incredibly talented guitarist and down-to-earth person. 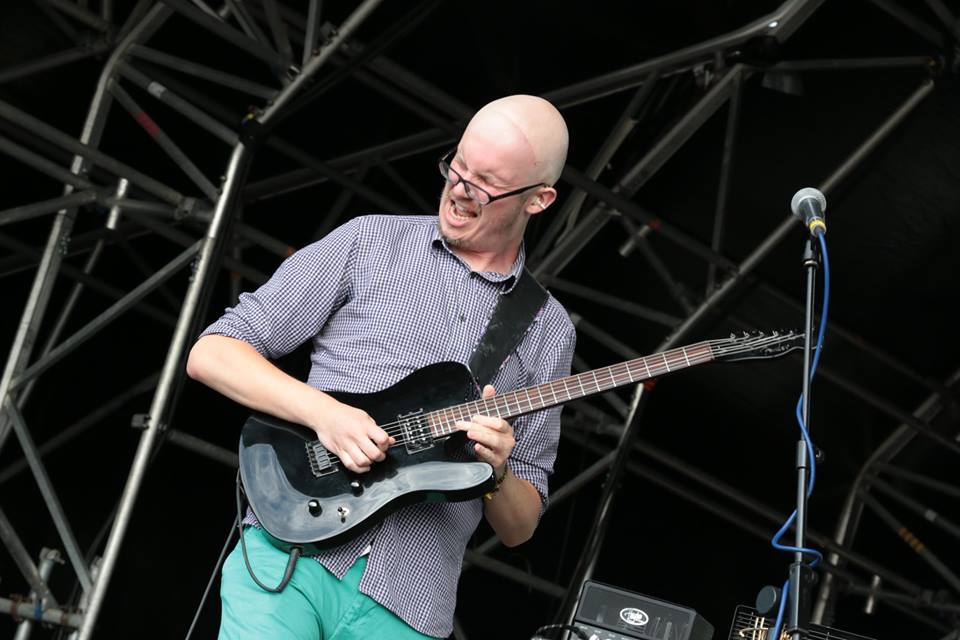